Ballance Agri-Nutrients is a farmer owned co-operative, the largest supplier of fertiliser in New Zealand. They’ve wholeheartedly embraced technology to help deliver their mission of creating the best soil and feed on Earth.

Ballance technology helps New Zealand farmers improve their productivity , while making it easier for them to minimise their environmental impact as responsible guardians of the land.

Abley’s data technology team supports Ballance through development and optimisation of tools they create for farmers. This is the story of three major FME projects, where Ballance and Abley together evolved three key Ballance tools to add more value to their customers, while also delivering operational and business benefits for Ballance.

The migration began late 2020 and was a phased project, completed with the roll out of the updated SpreadSmart platform in February 2022.

The power of FME to unleash the potential in your data

FME stands for Feature Manipulation Engine, a tool developed by Safe Software that connects and integrates data, applications, and systems. It brings more than 400 datasets together to discover the potential in your data and unlock powerful business insights. For example, you could use FME to integrate your business invoicing application with your stock control system and send you an automatic notification when your stocks get low. Abley has the largest Safe Software certified team of FME experts in New Zealand.

These three projects were part of a strategic migration to FME.

In the past, we used other location technology, but we always anticipated once we got FME we’d migrate our tools into FME and take a standardised approach. Our tools do a lot of data processing and data transformation due to the spatial variability across New Zealand farms. The FME tool is very good at reducing processing time. So now we’ve invested in FME and upskilling our team, it makes logical sense to further utilise the asset and build everything we can in that system.” 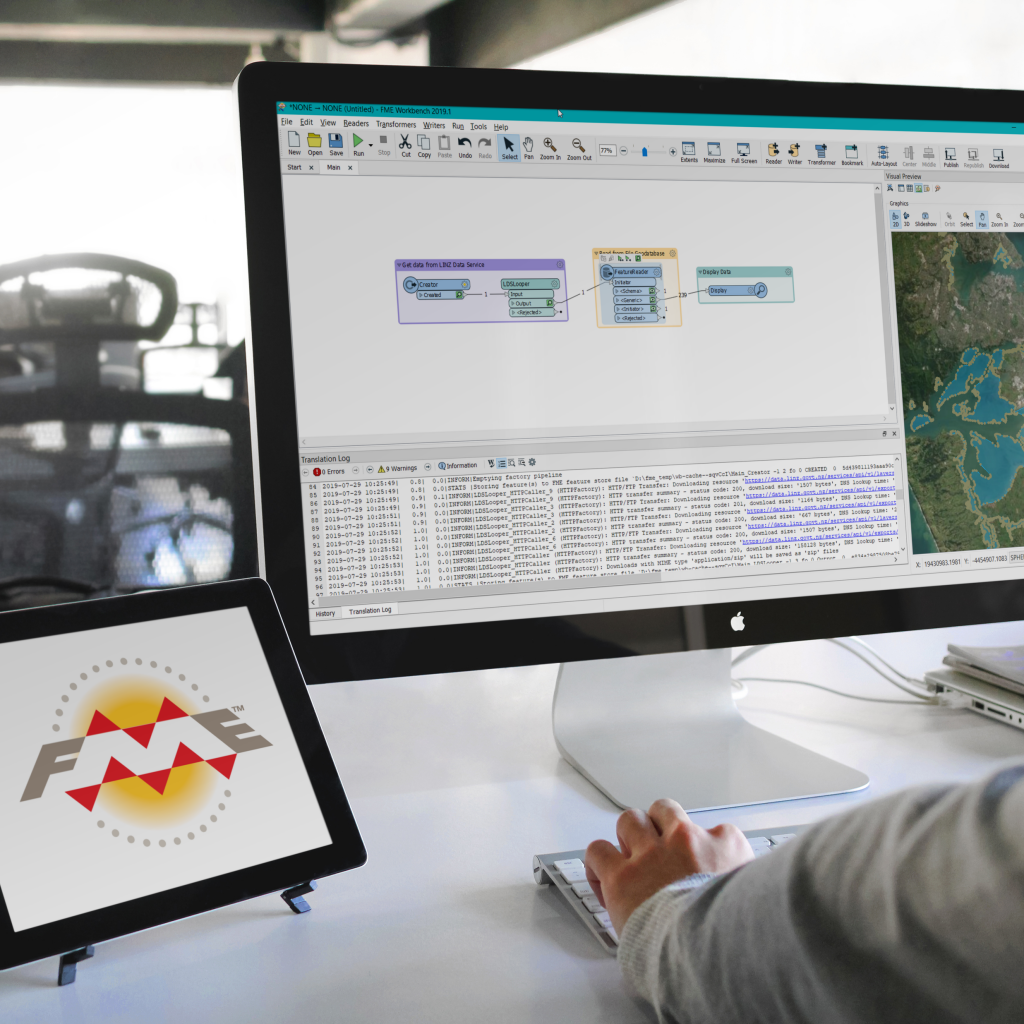 Mapping out a sustainable future with MitAgator

MitAgator helps farmers reduce sediment, phosphorous, and nitrogen loss, along with controlling the E-coli load of their farm. Farmers want to maintain as many valuable nutrients on their farms as possible, as well as reducing pollution from run off and leaching into waterways. MitAgator helps achieve both these goals by costing and quantifying the effects of different mitigation options on their farm’s current losses, making it easier for farmers to decide how best to invest their on-farm sustainability budget.

The tool looks at a range of inputs such as elevation, soil type, and rainfall to calculate a farm’s run-off risk. Then it explores mitigations and measures their effect. For example, there are 26 possible mitigations from riparian planting to effluent ponds. MitAgator analyses all this data and produces a report recommending a mitigation strategy tailored to the farmer’s drivers and catchment needs. Andrew says,

MitAgator’s a very data heavy application. When you’re calculating the risk of nutrient loss for every square metre of land across a property it’s a heavy calculating load. Farms vary a lot spatially – so we’re using a lot of data from different sources: nutrient budgeting and management data for each farm, soil data from Manaaki Whenua Landcare Research, erosion modelling data, and a whole lot more to drive MitAgator’s risk and mitigation algorithms.”

The migration resulted in a number of improvements.

MitAgator is a significant investment for Ballance, and a key driver is giving farmers the ability to reduce their impact on the environment. Ultimately, MitAgator is bigger than one business, it’s a significant environmental asset for New Zealand, and part of Ballance’s commitment to Kaitiakitanga, and reducing the impact of fertiliser application on our environment.

Abley are very knowledgeable and dedicated. They go the extra mile and produce great quality work. Tech is important to Ballance, we try new concepts, and we push boundaries to solve our customers’ challenges. We need a partner who can keep up. Abley steps up to the challenge. They’re a really good team who know their stuff. “

Lightening the load when it comes to proof of fertiliser application

Ballance provide proof of fertiliser application data to farmers. Partly they do this to close the ordering loop and provide a record that an order has been fulfilled. But it’s also to help farmers comply with environmental regulation. Nitrogen management regulation introduced in 2021 set a hard cap on how much nitrogen farmers can spread per hectare on grazed land.

When a commercial provider spreads fertiliser for a farmer, they normally have a GPS tracker on their truck that captures data on where the fertiliser was spread. They provide that data to Ballance, along with confirmation of the order spread, and how much fertiliser was applied.

Ballance may receive thousands of segments of data for each fertiliser spread. The proof of application system then reconciles that data with their ordering system to confirm the correct order has been fulfilled, places the data in tables for the farmer’s records, and creates a map of the block of land where the application took place. The farmer can then review the application in Ballance’s digital customer platform, MyBallance.

But the old system for processing proof of application data resulted in a huge amount of traffic. Every single piece of data was fed through individually, and the system was feeding data in continuously, running almost 24 hours a day. This was causing stability issues for Ballance’s whole tech platform, clogging up their database, and slowing down other critical applications like MitAgator and MyBallance, which farmers use to order supplies. Andrew explains,

We don’t know when providers will send data through. Our old proof of application system automatically kicked off whenever we received data. And when we’re  handling data from hundreds of fertiliser applications a day, it really slowed our system down.”

With the new nitrogen limit, it is more important than ever for farmers to manage their applications, so Ballance are getting even more data. But their new FME based data processing system is dealing with it a lot more efficiently. Benefits of migrating to FME include: 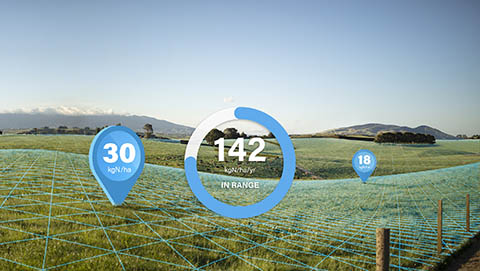 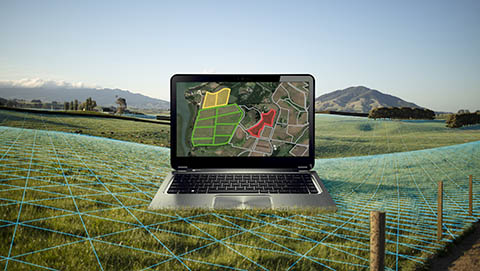 SpreadSmart analyses location data and uses machine learning to create detailed maps of farms for aerial topdressing. It makes aerial topdressing more efficient, accurate and sustainable by identifying areas to exclude from fertiliser application – this is great for both the farmer’s wallet, and the environment. The maps are automatically referenced by the plane’s navigation system, also making it safer for SuperAir pilots to apply fertiliser on-farm.

Before Ballance implemented FME, the SpreadSmart mapping process was manual and cumbersome. It took anywhere up to four hours and seven different touch points to create plans for each farm. Ballance’s GIS analysts would spend hours setting up files, importing data, running processes, and keeping them running, because if their computer went to sleep SpreadSmart wouldn’t complete. Not only that, but map storage was rudimentary, with no easy way to search and retrieve existing SpreadSmart plans.

Abley worked with Ballance to automate the process using FME. Now all the GIS analyst needs to do is load the plans for a property and quality check the modelled results before marking them as final. We’ve also built a search function so Ballance can retrieve existing SpreadSmart maps fast.

Yesterday, we got an email from the Ballance GIS analyst, Ruby, saying it is now on average six times faster than the old system to set up a job and run her final quality check.

The other benefit is the new FME tool is very hands off. Now Ballance GIS analyst can set and forget, get on with other work and she’s automatically notified when the plans are ready for QA.

Improve the efficiency and accuracy of your business processes

Ballance is an extraordinary organisation when it comes to investing in tech. Most large organisations we work with have between 100-1,000 GIS system users – Ballance instead encourages all farmers and grower shareholders to use its mapping services to manage their land to achieve its food and fibre production and sustainability potential.

You may not be operating at this level of complexity. Very few organisations are. But almost every large organisation in New Zealand processes data from different sources to get the job done. FME is a tool of unparalleled flexibility when it comes to streamlining data processing tasks and building tools that make your business processes more efficient.

Andrew from Ballance explains what it’s like to work with us on complex technical projects.

Abley are very knowledgeable and dedicated. They go the extra mile and produce great quality work. Tech is important to Ballance, we try new concepts, and we push boundaries to solve our customers’ challenges. We need a partner who can keep up. Abley steps up to the challenge. They’re a really good team who know their stuff. And I think they’re quite unique in the sense that they have their specialties where they excel, but they’re also very flexible when it comes to working on new concepts.”

We’re delighted to have helped Ballance automate and improve the efficiency of three key business tools, saving their team thousands of hours of work, while further improving their services they offer their customers. This investment will continue to provide benefits for many years to come.

If you’d like to look at ways you can work with our team to streamline your tech tools, and processes, we’d love to talk. 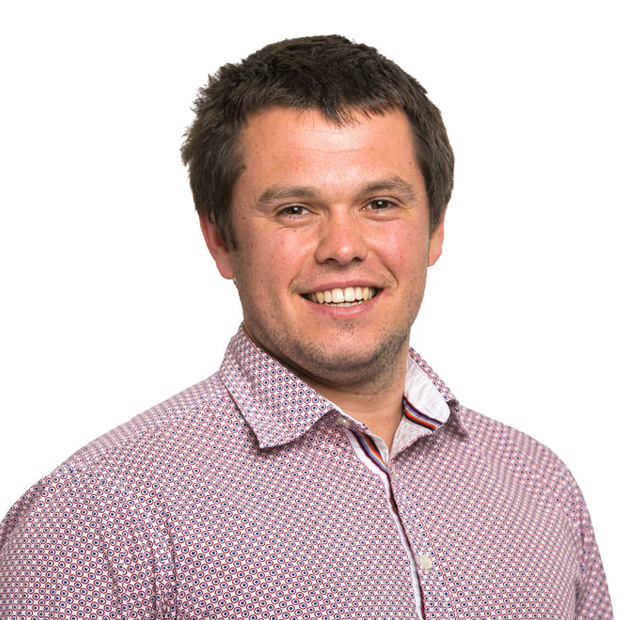