I have been seeing alot of negative public reaction to the reduction of speed limits, even from our own industry. I’ve heard comments like “the roads should be re-engineered to allow for safer driving at 100km/h”, “A reduction of speed will slow traffic and impede the region’s transport needs”.  Also, in a recent public attitudes to road safety survey by Waka Kotahi it was found that most New Zealanders understand that the higher the speed you are travelling, the greater the chance of having a crash, and the more serious the injuries incurred.  Yet, most New Zealanders think the 100km/h speed limit on the open road should be left as is. Just under one in five (17%) think it should be raised and 7% think it should be lowered.  On a positive note, it was good to see that most people agreed that the speed limit around schools in urban areas should be less than 50km/h, with most saying it should be 20km/h or 30km/h increasing from 68% in 2020 to 74% in 2021.

I was pleased to see that Waka Kotahi CEO Nicole Rosie’s interview in the recent AA Directions Magazine addressed these types of attitudes very well.  But sadly, I don’t think logic and physics resonate with the public when trying to convey the message that speed management is a large part of the solution.  I think that people need to hear real stories and be able to imagine the story is about their friend or family member.  I have a couple of stories that I want to share, as they reinforce to me that reducing the speed limit is a big part of the solution and can save lives and reduce serious injuries. 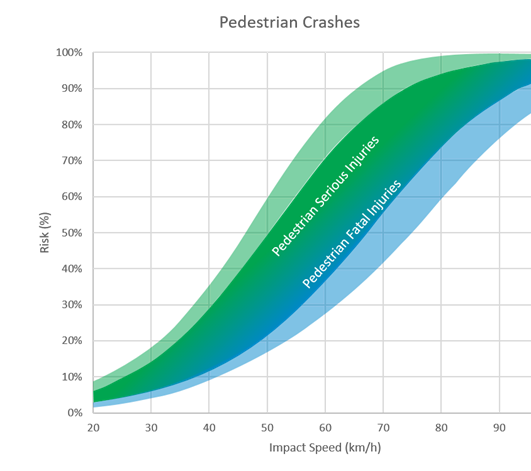 The influence of collision speed on the risk of pedestrian death and severe injury (Adapted from AAAFTS, 2011)

The first story is of my dear friend Denise, who some 25 years ago was crossing a road at a signalised intersection in Christchurch’s central city where she had the priority.  An approaching vehicle driver didn’t see her and turned at the intersection without noticing Denise, whom he then struck.

Denise lived to tell the story, because fortunately the driver was travelling at less than 30 km/h.  The speed limit on that street at the time was 50 km/h. This was before the earthquake, and hence prior to the 30km/h slow core being introduced in the Central City. Denise was bruised and battered and required hospitalisation. She later found that she had suffered other injuries not found at the time, such as minor fractures. She was told that she would most likely get arthritis in her hip. That came to fruition and after years of pain she received a hip replacement.  She still suffers and can’t run or bike like I do at the same age. She feels cheated at the age of 50 and I really feel for her.

I have sometimes used this story when talking to the public, and more recently elected members, when they are grappling with reducing speed limits in town centres to 30 or 40 km/h.  I showed them the evidence and they choose 30 km/h.  The public need to hear stories like this to understand that it could have been their dear friend, or mother that survived but still suffers.

The other story is that of my father. One day he was driving along State Highway 6 just south of Richmond.  He turned right into a side road on his way to fetch some gum-boots he left behind (of all things!).  For whatever reason that day he didn’t see the oncoming car.  It hit him directly side on and his vehicle flipped and rolled several times.  Luckily for everyone, the oncoming vehicle was only travelling at 80 km/h on a road with a 100 km/h speed limit.  Airbags were activated and the passengers in the oncoming vehicle walked away with no injuries.  It was also fortunate that my father walked away with no injuries, however he lost his confidence to drive after that crash.  Overall, this is an example where the outcome could have been quite different if that oncoming vehicle had been travelling at 100 km/h. That road between Richmond and Brightwater now has an 80 km/h speed limit.

So to those who push against speed limit reductions – imagine the impact on your friends and family if they were involved in a crash. Surely you would want them to survive. 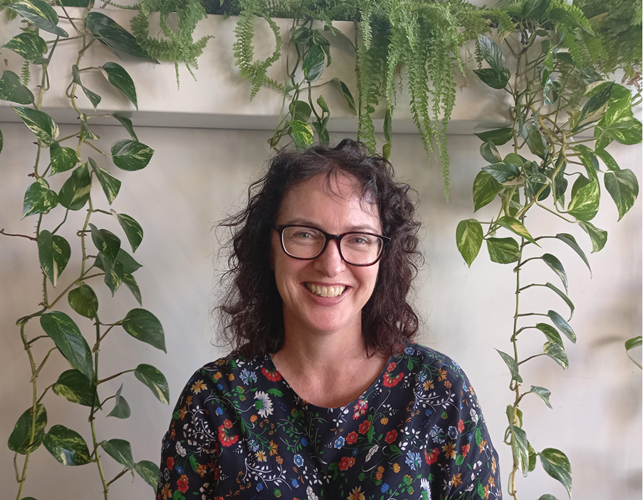