In celebration of World Car-Free Day (22 September), Matthew Noon thought it would be interesting to share his experience of a recent family holiday spent in Auckland.

As a family of five, holidays, whether near or far, always become a logistical challenge once you consider the need for obligatory snacks, favourite toys, nappy sacks, and the various sets of clothing that may be required – and not just for inclement weather. Never one to shy away from a challenge, my wife and I decided to take our children to Auckland for a week, and only use public transport.

To be fair, Auckland, in general, is not renowned for its public transport system. While it has improved greatly over the last few years, for a city of its magnitude it is often disparaged when compared to similar overseas cities and their public transport offerings. That said, we elected to do the whole trip – from arrival to departure, using public transport.

Having been made aware by a colleague who had been caught out with Auckland Transport’s (AT) move to cashless payment[1], we organised our AT HOP cards ahead of time, which arrived painlessly in the post two weeks before we departed.

On arrival at Auckland airport, and having collected the not insignificant number of bags that accompanied us, our first job was to find the bus to the train station. To encourage independence in my son, I sent him off to find directions for first part of the journey. In one word, simple. He was given easy instructions to find the stop and advice on which bus to catch.

From there, the real time information screens at the airport gave us certainty as we caught the bus to Puhinui Interchange. We were very impressed with the station and considered it the equivalent of, if not better than, many stations and facilities in Europe.

The connection here was smooth and we were soon on our way to Britomart and the start of our holiday.

As you won’t be interested in a blow-by-blow breakdown of our trip, I thought I would share some key highlights – and perhaps you could consider these next time you go to Auckland:

There was nothing on the itinerary that wasn’t easily achievable using public transport. 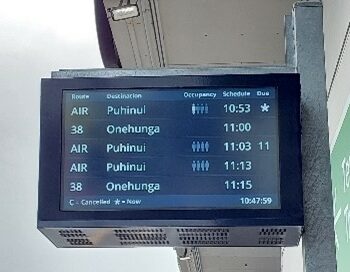 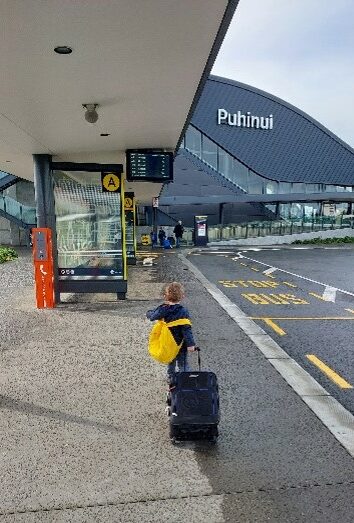 For our family, it showed just how far public transport has come in Auckland and how easy it can be. Our total travel cost for the week by public transport was just $73.86 – not bad at all!

As we consider World Car Free Day, if we can successfully navigate Auckland as a party of 5 for a week without a car, surely we can all make a few less car trips and take advantage of the what public transport can offer.

Why don’t you give it a go next time you are in the City of Sails? 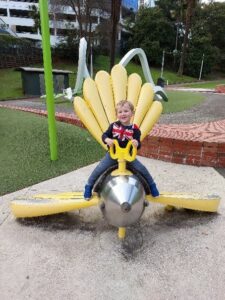